July 11 is World Population Day. In 2011, the world reached a population of 7 billion. Now, 11 years later, the world population will hit 8 billion. Mapping populations around the world will show where the majority of people are living. You’ll notice large numbers along the coastline. For example, the dot density map below shows a large concentration of people living along the east coast of the United States. This could be in part due to its history of people settling along the east coast. From there, people chose to move westward as the country expanded. 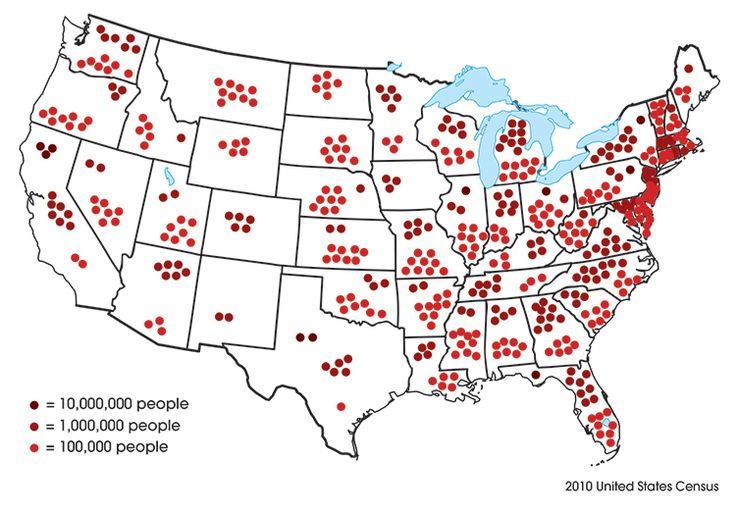 Population density is the study of the concentration of people in an area, which is calculated by dividing the number of people present, by the area. Usually, these numbers are expressed as number of persons per square mile/kilometer.

Dot density maps use red dots to show the concentration of people in a given area. Dot density maps give a clear indication of how population is distributed. For example, when we examine a dot density map of the Unites States, it is clear that a large amount of the population lives on or near the East Coast.

This is an example taken from a reading passage page. These pages present important grade-appropriate information and concepts related to the topic. The Explore with Google Earth™ prompt allows students to test the concepts being presented in a real way using the Google Earth™ program. Also included in every resource are Before You Read and After You Read worksheets. These are used to test student knowledge and comprehension of the content provided. Download this $3 Chapter Slice to test student comprehension of Population Maps.